HOMILY FOR FEAST OF THE IMMACULATE CONCEPTION

THIRTIETH SUNDAY OF ORDINARY TIME (B)

Today’s Gospel may seem to be only telling of an encounter between Jesus and a blind man called Bartimaeus outside of Jericho almost two thousand years ago, but, in fact, it has much to say to us about encountering God in our own time and in our own culture. For the Jews Jericho was a city that symbolised the world and sinful humanity. When Joshua and the Israelites had crossed the Jordan to enter into the Promised Land, Jericho had resisted them; and it was only conquered 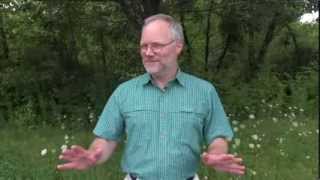 I spent over a year developing the entire Gospel of Luke as story. Then a friend of mine asked me to create an abridged version of the gospel that she could us on an educational website she was designing. In the end I reduced four hours of material to a twelve minute story that I believe faithfully expresses the aspects of Luke that she wanted me to focus on. This story was originally titled Luke: The Incarnation, Life, Death, and Resurrection of Jesus, which was a bit cumb

COLLABORATION OR CO-RESPONSIBILITY IN THE CHURCH?

In the past two weeks, Bishop Denis with the vicars of the diocese of Ferns have been meeting with priests and lay parish leaders regarding the future of the Church in the diocese that will see far fewer priests. This will mean, inevitably, that more lay people will need to assume more responsibility for the maintenance and mission of their local Churches. But as they do this are they collaborators of the clergy or are they co-responsible? In his address at the Opening of a P

FELT IMMENSITIES AND THE MYSTERY OF GOD

On PSALM 8: 3-4 Early humans must have been fascinated by the night sky, the sweep of the Milky Way, the occasional shower of meteorites, the rhythms which they discerned in the movement of the stars. The city dwellers among modern humans have no ordinary nightly access to the sense of wonder which the beautiful night sky evokes; light pollution has obscured the stars. But the observatories on mountain tops world wide, such as in the Atacama in Chile, give astronomers fasci

This week we catch up with Fr Sean Devereux who is parish priest of Cushinstown and also services the curacies of Terrerath and Rathgarogue. Sean spent a number of years as a missionary in The Gambia and for Mission Sunday he shares his experiences of those years far from home. He also shares with us perspectives on mission here in modern Ireland and the direction the Church needs to move towards in a future that will see a significant reduction in the number of priests. CLIC

Today, all over the world, we celebrate Mission Sunday. The challenge for all of us is to come to realise that mission is not just something that is carried out by so called missionaries in other parts of the world. But that mission is about our own country, our own parish and our own family. As baptised Christians mission is part of our DNA. A friend of mine told me a story about how once, when he was in Belfast, as he walked past a Catholic Church he felt drawn in to ligh

10 RULES FOR LIFE BY JEAN VANIER, FOUNDER OF THE L'ARCH COMMUNITY

In this inspiring video, Jean Vanier reminds us that our first call is to be human and that change begins with me. Enjoy. 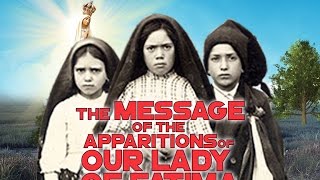 CLOSING OF THE PILGRIMAGE SEASON IN FATIMA - 13TH OCTOBER 2018

As I write, the Ferns Diocesan pilgrimage to Fatima is taking place. The highlight of the pilgrimage will come on Saturday 13th October that celebrates the 101st anniversary of the 'Miracle of the Sun' that took place on 13th October 1917. Below is an article on the Fatima experience written by Fr Jim Doyle who was in Fatima for the centenary celebrations last year. “On a wing and a prayer” My pilgrimage to Fatima on its 100th anniversary By Fr. Jim Doyle On the 16th of Octob 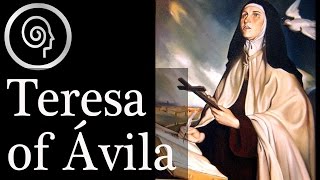 BEST QUOTES OF ST TERESA OF AVILA 'Prayer is an act of love; words are not needed. Even if sickness distracts from thoughts, all that is needed is the will to love'. 'Mental prayer in my opinion is nothing else than an intimate sharing between friends; it means taking time frequently to be alone with Him who we know loves us. The important thing is not to think much but to love much and so do that which best stirs you to love. Love is not great delight but desire to please Go

THE CANONIZATION OF OSCAR ROMERO AND POPE PAUL VI AND THE BEATIFICATION OF ARGENTINIAN MARTYRS. INTE

This Sunday, 14th October 2018, Pope Francis will canonize as saints of the Church, Archbishop Oscar Romero and Pope Paul VI. He will also beatify a number of others including Carlos de Dios Murias and his companions Fr Gabriel Longueville and Mr. Wenceslao Pedernera. Oscar Romero was Archbishop of El Salvador when he was killed by a gunman as he celebrated the Eucharist on 24th March 1980 during the brutal civil war in his country. Pope Paul VI was Pope from 1963 until his d
1
2
3