HOMILY FOR FEAST OF THE IMMACULATE CONCEPTION

In 1992, St John Paul II proclaimed a representative group from Ireland as martyrs and beatified them. These included the Dublin martyrs: Blessed Francis and his Godmother Blessed Margaret Ball. The canonisation of Oliver Plunkett in 1975 brought an awareness of the other men and women who died for the Catholic faith in the 16th and 17th centuries. The word ‘martyr’ comes from a Greek word meaning “witness”. In the Acts of the Apostles, Peter, speaking to those in Jerusalem a

For this Sunday's Fathers' Day we caught up with Colm Bulger from St Aidan's parish in Enniscorthy who shares a few thoughts on being a Christian father in today's world. CLICK HERE TO LISTEN: https://soundcloud.com/user-297441672/colm-bulgermp3 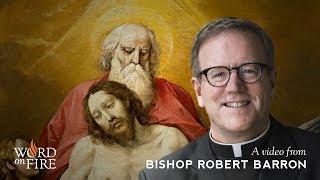 BISHOP ROBERT BARRON ON THE MEANING OF THE TRINITY

ON BEING A CHRISTIAN FATHER

A few weeks ago, I went to the cinema to watch the film ‘Rocketman’ which tells the story of the life of Elton John. The film – which was endorsed by the man himself – concentrates mainly on his early life as a boy and later how he struggled to handle fame when it came along. Central to the story of his childhood and youth is his relationship with his father. Mr Dwight is portrayed in the film as emotionally distant from his son, cold and lacking pride in his son’s talents an

HOMILY FOR FEAST OF THE MOST HOLY TRINITY

The Feast we celebrate today is not one that was (or is) celebrated in the Jewish faith. In their faith the Jewish people focus on, praise and thank God the Father of his people. For them God is the almighty Father who loves his people as a community and as individual children whom he has created. God the Father stands alone. For us Christians, this core belief of the Jewish faith is also central in our faith but in our faith in God we go much further. The Mystery of the Trin

REJOICING IN A NEW DAY

'Rejoice in all that is given to you so freely. Another day under my protection. Breathe in the joy of all that surrounds you. Be glad in your home and family. Celebrate your life. Your lived sense of place. All of it surrounds you with pointers and memories of my love for you. Go out into the Spring air. My world awakes.my promise of resurrection shines out from every shrub and new born leaf. They all whisper..... This is your beginning. This day, right now, start again in m

The following is Pope Francis’ intervention at the meeting “Climate Change and New Evidence from Science, Engineering and Policy” organized by the Pontifical Academy for Sciences and held at the Casina Pio IV in the Vatican on 27th May 2019 Ladies and Gentlemen, I extend a cordial welcome to each of you here: the President of the General Assembly of the United Nations and Ministers of Finance from various nations. I am grateful that you have come to the Vatican to discuss an

Next Thursday, 13th June is the feast day of St Anthony of Padua, the much loved saint of God's people. Here is a short video about the remarkable life. 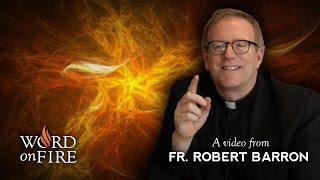 On the great Feast of Pentecost, Bishop Barron teaches us about the gift and power of the Holy Spirit

THE CATHOLIC IMAGINATION OF J.R.R. TOLKIEN

The name J.R.R. Tolkien may not be a household name but he is certainly one of the most brilliant writers of English literature of the 20th century. He is best known for his works ‘The Hobbitt’ and ‘Lord of the Rings’ which were both made into films, the latter being a blockbuster trilogy that appeared in cinemas in the early years of the new millennium. A more recent film - ‘Tolkien’, portrayed the story of his life that began in South Africa in 1892 and ended in England in
1
2
3