THE FOURTH ANNIVERSARY OF THE HOOK OF FAITH

IN DEFENSE OF CATHOLIC ETHOS

REMEMBERING THOSE WHO HAVE DIED

THE LIGHT FROM WITHIN

The first Pentecost was an amazing event that found its way into the secular history books of the time because it signified the beginning of the phenomenon we call Christianity. How could a small group of people with little or no education and even less influence, transform the then known world in the space of a few short years? When the flame of Christianity took hold it just spread like wildfire and it all started with the tongues of fire that rested on the apostles that fi

MASS FOR PENTECOST SUNDAY (A)

Dear friends. There was a book published recently whose title speaks volumes about the importance of this feast day of Pentecost. It’s called ‘Forgotten God: Our Tragic Neglect of the Holy Spirit’. It’s true. We do not think enough about God as the Holy Spirit or appreciate the presence and power of the Holy Spirit in our individual lives and life of the community of the Church. What difference does the Holy Spirit make? Here’s how someone summed it up: ‘Without the Holy Spir

On 23rd May 1920, Pope Benedict XV beatified Oliver Plunkett, the Archbishop of Armagh who was martyred in London on 1st July 1681, the last Catholic martyr to be put to death in England. Later that century, Oliver was canonised a saint of the Church by Pope Paul VI on 12th October 1975, the last Irish person to be canonised (In 2007, Pope Benedict XVI canonised Blessed Charles of Mount Argus who had strong links to Ireland but was Dutch in nationality). Why is Oliver Plunket

One of the greatest enemies of faith is worry as this is really a sin against trust. Worry projects us into a future that may never happen and it also cuts us off from the providence that is always available in the present. Its first cousin is fear and this acts as a magnifying glass that will allow us to see only the worst possible scenario arising out of every situation. Worry never robs tomorrow of its trouble but it does rob today of its strength; it drains our energy and

MASS READINGS FOR SATURDAY 30TH MAY 2020

Friends, on this last day before Pentecost, we come to the end of both the Acts of the Apostles and the Gospel of John. At the end of Acts, Paul finds himself in Rome, the centre of the Empire and the centre of secular power at the time. Rome was the place where Paul would eventually be martyred for his faith in Christ. We might ask ourselves why God ordained that both Peter and Paul would both give their lives for Christ at the very heart of the world. Perhaps it was that th

A new study from Harvard University (click here for link): https://jamanetwork.com/journals/jamapsychiatry/fullarticle/2765488 has found that the frequent attendance of religious services dramatically reduces so-called ‘deaths from despair’, such as suicide, and drug or alcohol abuse. This finding seems more relevant than ever given the current pandemic that has resulted in untold job losses and a very uncertain future for many people. Economic slumps are always associated wi

THE WAY WE PRAY

Following on from yesterday’s reflection that whenever we pray we do so from our own limited perspective and it is from within that very limited viewpoint that we expect our prayers to be answered or to put it another way for our faith to materialise. Holding on to this rigid view leads to frustration especially when the answer seems delayed or when the situation is not unfolding as we believe it should. We then get annoyed with God for not acting in full agreement with our a 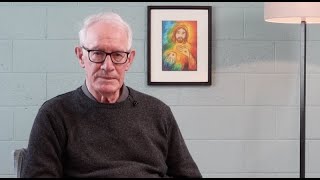 A SPIRITUAL MEDITATION ON SOCIAL DISTANCE - BY MIKE DRENNAN SJ

In this brief video, Jesuit priest Fr Mike Drennan who is based at Manresa Retreat Centre in Dublin, reflects on the new norm of social distancing and how it has impacted on our relationships with God and one another. Well worth the watch. CLICK HERE TO WATCH: 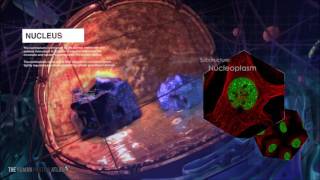 THE WONDER OF THE HUMAN CELL

It is important to engage rational thought in the way we interpret the world. The modern tendency towards relativism which dismisses truth as a social construct flies in the face of science and faith. Science, like religion, explores the boundaries between the known and the unknown. Christians working in Biology see evolution by natural selection as a creative set of mechanisms by which biodiversity has been and continues to be created. Discovering the details of how living t

Friends, in today's Gospel, Jesus offers his love and mercy to a humble Peter. The Apostle had denied Jesus three times and so on three occasions did Jesus offer him healing in atonement for his sin. We notice how in this beautiful exchange, the Lord does not begin with a command but with love. Only after Peter could express his love for the Lord was he commissioned again to 'feed my lambs, feed my sheep'. Love comes first. It always does. God's first words to us are not of a
1
2345