BEING A PRIEST IN A SYNODAL CHURCH: HOPES, CONCERNS, OPPORTUNITIES

ST THOMAS AQUINAS AND OUR DIALOGUE WITH MODERN SCIENCE

The 106th World Day of Migrants and Refugees (WDMR) is celebrated this Sunday 27 September 2020. With the theme “Forced like Jesus Christ to flee”, Pope Francis urges us to discover the reality of internally displaced people more deeply and invites us to celebrate the WDMR in our community. The Holy Father’s message is presented in the latest video produced by the Migrants and Refugees Section for this year’s communication campaign. Every month, a new video of Pope Francis an

FOCUS ON THE ELDERY

In this time of pandemic, the elderly and senior citizens of our country have suffered much. In the initial stages of lockdown, we were worried for them and were anxious to protect them from the virus and its potentially fatal consequences given that many of them had underlying health conditions. The average age of those dying from COVID-19 was high. This meant ‘cocooning’ for those over 70 as we tried to shield them from the disease. For weeks there was reduced direct contac

World Missions Ireland is Pope Francis’ official charity for overseas mission. It is part of a worldwide network of 120 offices, under the coordination of the Pontifical Mission Societies in Rome. It is the Holy Father's chosen instrument for sharing the Gospel and building the Church throughout the world. We believe in the dignity of all, and we support everyone regardless of race, gender, religious or political beliefs. Through your prayers and generosity World Missions Ire

This week on Thursday 1st October, the Church celebrates the feast of one of her most beloved saints, Therese of Lisieux. She is also one of the three patron saints of ‘The Hook of Faith’ – being patron saint of the missions. Therese Martin was born on January 2, 1873. She was the youngest child of Louis and Zelin Martin. Thérèse felt an early call to religious life, and overcoming various obstacles, in 1888 at the early age of 15, she became a nun and joined two of her elder

IS COVID-19 CAUSING A SILENT REVOLUTION? By Mgr. Joe McGrath

A REVOLUTION has been defined as a fundamental and sudden change in political, military or social circumstances. COVID 19 is a serious disease and not a revolution in itself. But is it too dramatic to suggest that this year 2020- as a result of Covid 19 -is experiencing a revolution of the latter kind- in social circumstances? I think not. This disease hasn’t yet revealed its full potential to bring about social change, making it difficult for society to mount a confident re 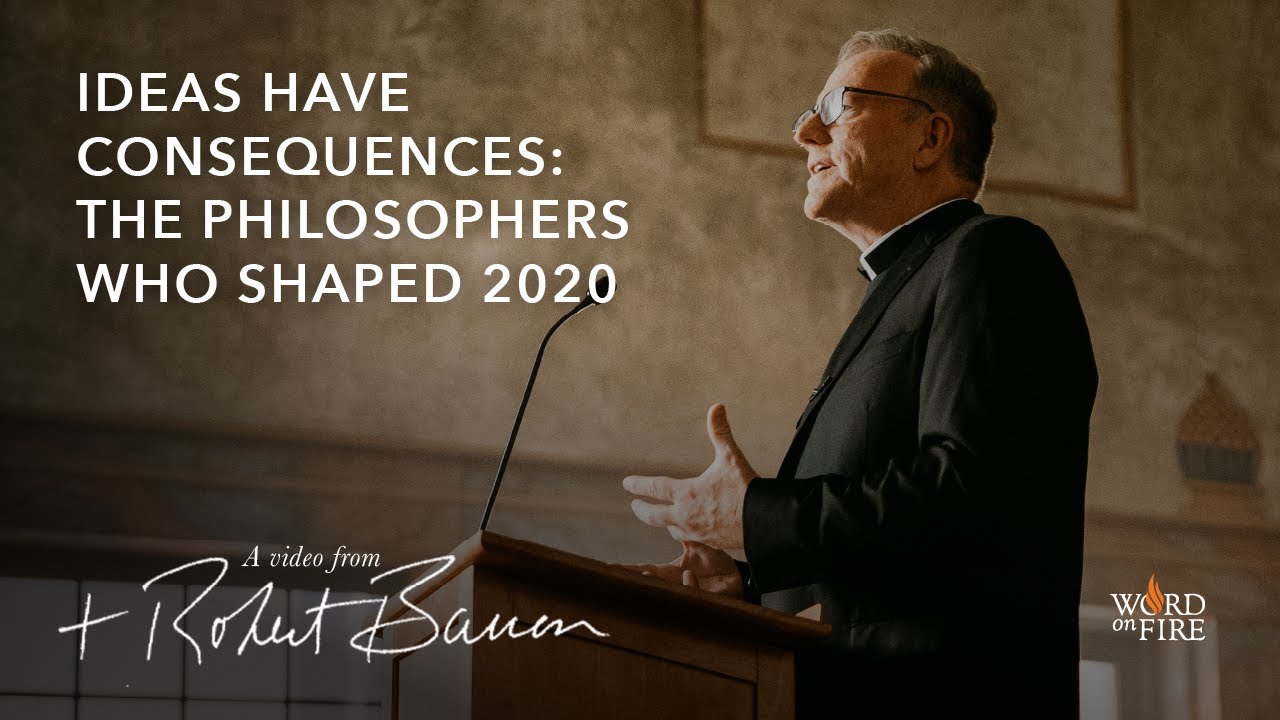 THIS WEEK'S VIDEO - IDEAS HAVE CONSEQUENCES. By Bishop Robert Barron

Dear friends. The values we hold and what influences what we think and what we decide is a really important study. We are far less independent minded than we think. How we think and act are influenced to a greater or lesser extent by the prevailing ideas that circulate in the predominant culture. To put it briefly, ideas have consequences. For example, we only have to think of the predominant ideas that were circulating in Germany that led to the rise of National Socialism an

HOMILY FOR THE TWENTY-SIXTH SUNDAY OF ORDINARY TIME (A)

Dear friends. Today’s Gospel is the second in two weeks that features a vineyard in the teaching of Jesus. On both occasions, the Lord makes the point that what matters most is that we enter the vineyard and play our part. From last week, we are told that although it might be late when we enter the vineyard, we will still be rewarded generously for what we do. This week from the story of the two brothers, the one who entered the vineyard was the one who did the Father’s will

NEWSLETTER INSERT - ON KEEPING OUR WORD

In the Gospel this weekend, Jesus tells the story of two sons who were invited by their father to work in his vineyard. One said he would but didn’t. The other said he wouldn’t but did. One of the lessons of the parable is our call to be people of our word. Here is an extract from the Catechism on the importance of truthfulness. ‘Truth as uprightness in human action and speech is called truthfulness, sincerity, or candor. Truth or truthfulness is the virtue which consists in

Here is a lovely prayer card for health care workers fighting COVID-19. It was designed and produced by the Archdiocese of Dublin.

Dear friends. Just a gentle reminder of the two Zoom conferences coming up this week. The first is on Tuesday 13th October at 8pm and is being led by Fr Michael Drumm on the topic of 'Mission and Education'. The second on Thursday 15th October is being led by Steve Warner on the topic of 'Mission and Music'. To take part, just send an email to thehookoffaith@gmail.com and we will send you the link to the Zoom meeting For the missionary month of October, a nationwide Zoom Conf
1
23