THE BIRTH OF COMPASSION

AN OCCASION OF JOY - THE GOLDEN JUBILEE OF FR JOE POWER, PP KILRUSH/ASKAMORE

'TO BE FORGOTTEN IS TO DIE AGAIN'

Fr Billy Swan St. Philip Neri was a Christian missionary and founder of the Congregation of the Oratory, a community of Catholic priests and lay brothers. He was born in Florence on July 21st 1515, one of four children. From a very young age, Philip was known for being cheerful and obedient. He was affectionately referred to as "good little Phil." He received his early teachings from friars at the Dominican monastery in Florence, San Marco. At 18-years-old, Philip went to l

The Diocese of Ferns invites you to a meeting to present the Ferns Diocesan Submission to the National and World Synodal Process as requested by Pope Francis. The venue will be the Riverside Park Hotel in Enniscorthy and the date is Monday, May 23rd at 7.30 pm. All are welcome to attend. If you wish to read the submission in advance of the meeting, also called a Synthesis, then you can do so on the Hook of Faith Website. DRAFT SYNTHESIS OF COMMUNAL DISCERNMENT IN THE DIOCESE 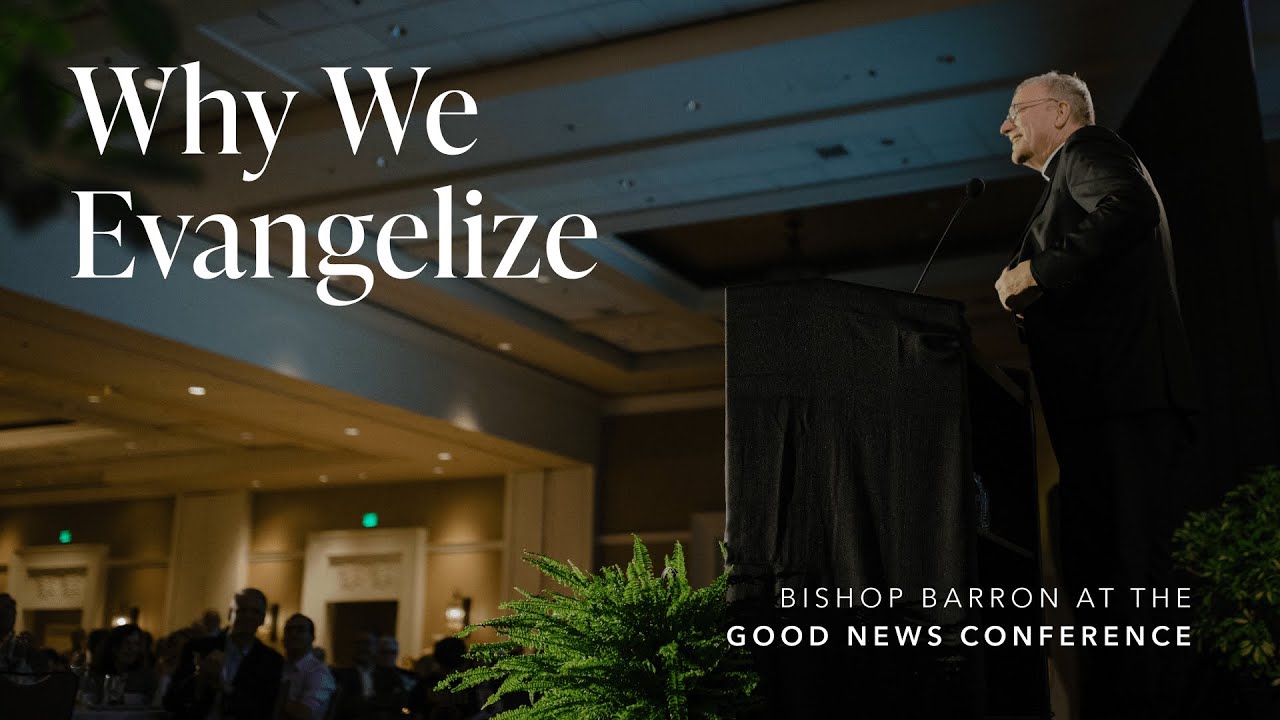 'WHY DO WE EVANGELISE?'

Bishop Robert Barron Why do we bother to evangelize? In his keynote address at the Good News Conference, Bishop Robert Barron shares the two main reasons. The first is to save souls from Hell, both in the eternal and temporal sense, to free them from destructive patterns and bring them to healing through right praise. The second reason we evangelize is to let people know who their Lord is. We do this through living out the universal call to holiness, which includes a life com

Fr Billy Swan Dear friends. A person’s last will and testament is a very important document. Here in Ireland, we have often heard about situations where someone’s will was contested and disputed - what someone was meant to get and what someone else was supposed to receive. This situation often leads to conflict with family members tragically divided for years. In today’s Gospel from his farewell at the Last Supper, Jesus informs those he loves what he wants to bequeath to the

'The more and more I see, the more and more I am convinced that much of our infrastructure, our systems, our pastoral practices that were beneficial in the past, now hinder rather than help the life of faith. Here too we stand at a “threshold moment”. Inevitably, there will be a sense of genuine mourning in letting go but these Easter days tell us that out of such death comes new hope and new life. Perhaps the Lord is asking us to throw out our nets in a different directio 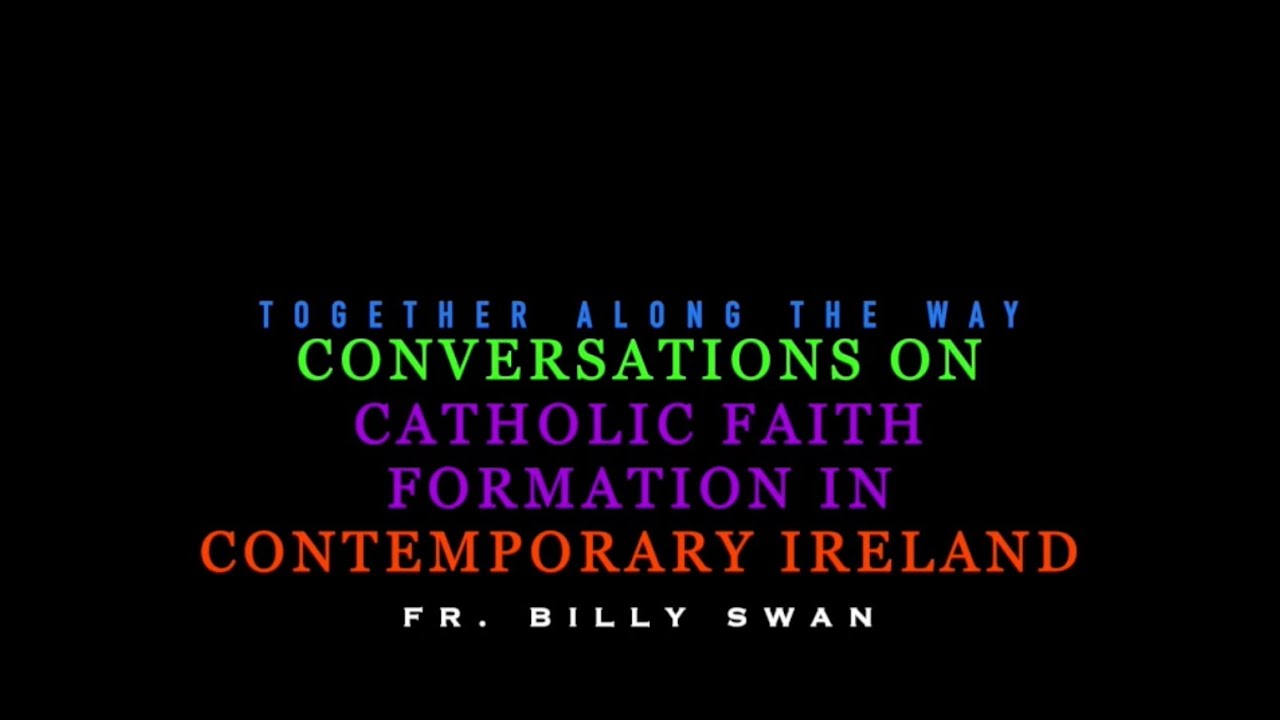 ‘TOGETHER ALONG THE WAY: CONVERSATTIONS ON CATHOLIC FAITH FORMATION IN CONTEMPORARY IRELAND’

By Dr Alex O'Hara. The fourth webinar in the series ‘Together Along the Way: Conversations on Catholic Faith Formation in Contemporary Ireland’ will take place this Wednesday, 18th May at 7 pm with Professor Thomas H. Groome from Boston College who will speak on “Jesus: The Heart of Educating in Faith.” You are cordially invited to register here where you can find more details about the webinar: http://catechetics.ie/webinars/ You can also register directly via this link: htt

SUITCASES FROM THE PAST

Fr Jim Cogley Our current relationships are always operating against the backdrop of our earlier ones. A couple come into marriage with both carrying two well laden suitcases from their past. The dynamics of the relationship will sooner or later trigger the release mechanisms on both cases. As the contents begin to come out, each is laden with emotions that have been long buried, and the closest target becomes the partner. The tendency therefore is to blame him or her for mak

"Return to me with all your heart. Pour out your heart to me. Let our conversations be deep and lasting in love. Wait on my Word of encouragement and invitation. Do not grow despondent through listening to the inner voices that aim to break your spirit. Let only my Words of hope and comfort be your compass and guiding star. Let my peace live in your heart and overflow to all you meet through your ordinary spirit filled days." "This is your life. This is the place and tim

In the last number of months, our diocese has been engaged fully in the synodal process of being Church, led by our Bishop Ger. There have been a large number of gatherings, meetings, and conversations with people from different groups in our diocesan family. One man who was involved in the monumental task of collating the feedback was Sean O' Leary. Sean was one of the main people responsible for the drafting of the 10 page summary document published this week on the Hook of 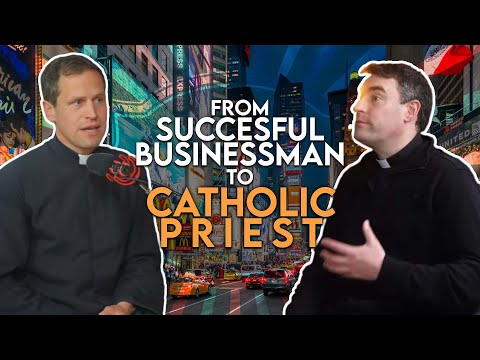 We all love stories, especially stories of adventure and stories where people's lives have been transformed. One man whose life was transformed was Fr Marius O'Reilly. He was a successful businessman who was living his dream - or so he thought. But God had other plans for him. Here is his story: CLICK HERE TO WATCH:
1
2
34